Reaping what they sow

The early part of 2019 brought an unforgiving winter to the Heartland, but Aaron Conaway knew it would lift. Always does, of course, and when you measure the 12 months in quarters, the next one is never far away.

So for Conaway, president and co-owner of one of the nation’s largest  single facility producers of corn and soybean seeds, the bitter January was no time for hibernation. 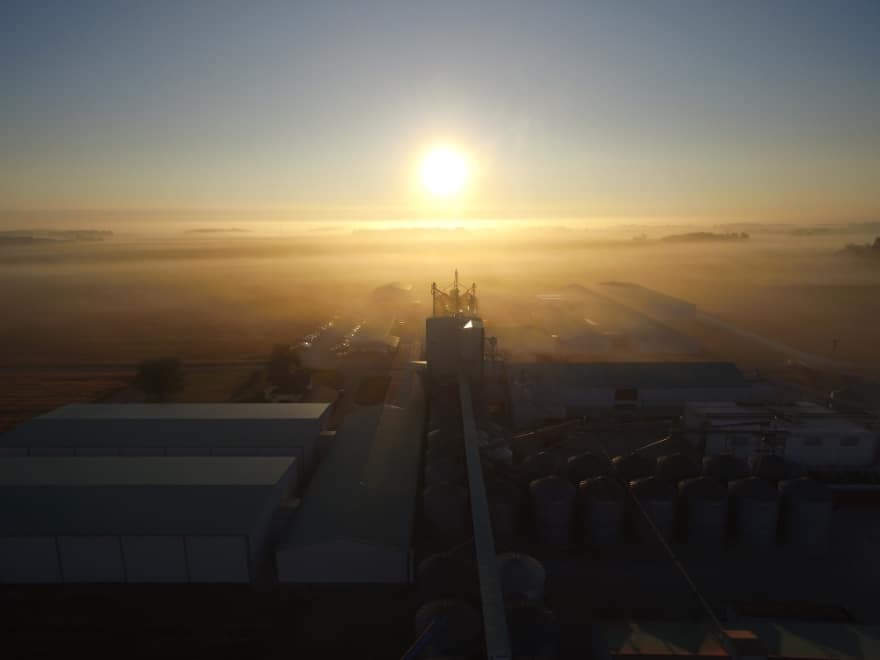 On the contrary, the conditioning, packaging and distribution facility at Total Seed Production in Tipton, Indiana, was humming away, working on this year’s corn and soybeans by cleaning and color sorting the seeds and discarding those that wouldn’t likely produce healthy plants.

There is little if any margin for error in that conditioning process, Conaway explains. The company’s goal is to produce seed for its retail brands that exceeds 95 percent germination at warm temperatures, and over 85 percent under harsh cold conditions. Should the retailers want non-genetically modified seeds, this company produces them as well.

Word traveling fast in the agricultural industry, Total Seed Production has a reputation to maintain among the retail seed brands in the U.S., Canada and Mexico. And while the market outlook for corn and soybeans is at the mercy of factors beyond Conaway’s control, Total Seed Production continues to be in growth mode.

An operation for all seasons

“There’s really no offseason for us,” the affable Conaway tells Vision. “We’ve been doubling and tripling in size and outgrowing our organizational structure. We’ve been adding layers to ensure the right chain of command across the board and expanding the facilities as well.”

In recent years Total Seed Production’s acreage under production has increased from 8,000 to 20,000-plus in the fertile flatlands of the Hoosier State, and the volume of seed for corn and soybean soaring to over 1.2 million finished seed units. The soybean market has opened opportunities to triple the business in recent years. 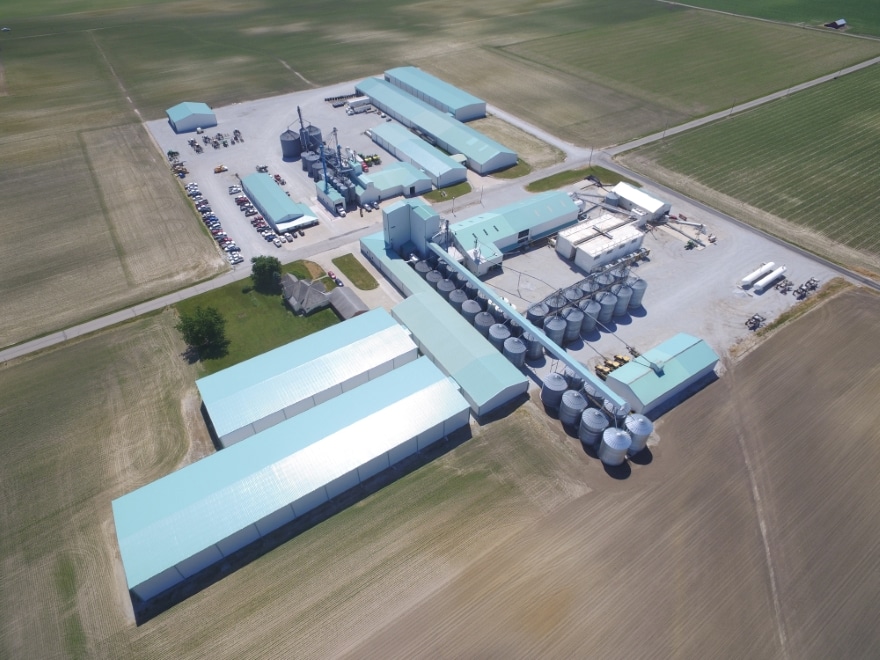 The company priding itself on vertical integration, it produces 100 percent of its seed corn and half of its soybean seed internally from start to finish. Subsoil patterned tiled systems enhance the growing fields that Total Seed Production uses for production, as do surface waterways to handle excessive rain. Come the autumn harvest, the two crops will promptly commence with conditioning from many different bins in separate facilities with experienced staff at the helm of the latest technology.

For years, a rite of spring has been the addition of warehousing that’s brought continued building of new storage capacity. The facilities are still near-bursting, Conaway says, expecting further expansion this spring and summer. He’ll also be on the lookout for more acreage.

It’ll all just be the latest in a string of capital projects on the watch of Conaway, a Purdue University aviation technology grad who married into the family business in 2003. After cutting his agricultural industry teeth as production manager for three years with the family’s long-time retail brand Campbell Seed Inc., he became president of Total Seed Production in 2006 when the company was born.

An A for application

“It certainly didn’t hurt to study aviation tech first,” Conaway says, explaining that if one knows what makes one big, complex machine tick, he or she can apply the logic to another. “I worked on cars as a kid and airplanes as a student. When you have a sense as to how to design or repair an airplane, you’re prepared to tackle all kinds of production challenges.”

Hence the near seamless introduction of cutting-edge technology in the past decade that has included a fully automated packaging line with a robotic palletizer, expanded capacity for treating and packaging, a refuge-blender, five additional husking beds and enhanced ear-corn drying capacity to 50,000 bushels per turn and additional capacity for bulk corn storage. 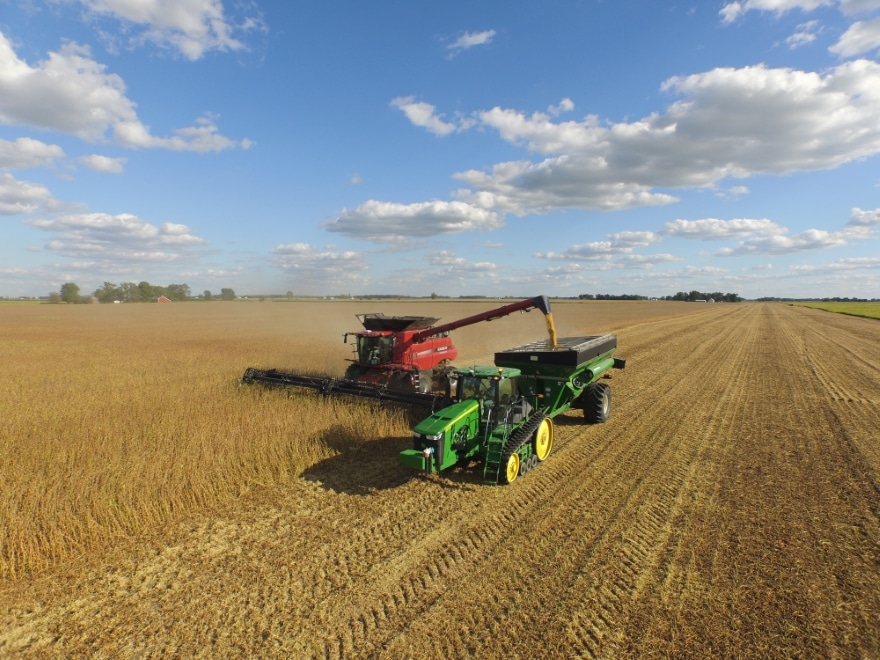 So whatever direction the commodities markets take, the attitude here is essentially “bring it on.”

“Agriculture will never go away, but always have its peaks and valleys,” Conaway says, adding that recent times have meant valleys—U.S.-China trade wars, tariffs and government shutdowns among the causes of market instability. “When all’s said and done, you can’t set your own price for everything you grow in the ag world—for that there’s the Chicago Board of Trade. But we’ll persevere.”

Total Seed Production has been doing more than just that for most of its history, which dates back to 1936 when Clurid and Charles Campbell founded what was then known as C.A. Campbell & Son. Now in its fourth generation of family ownership, the rebranded company has focused on seed production since spinning off the Campbell retail brand in 2006.

A prudent move it would seem, Total Seed Production now being a $100 million operation.

“The seed industry changes rapidly and our willingness to adjust throughout the years has contributed heavily to our success as a business,” says Conaway, whose marriage to Christy Campbell, daughter of third-generation Scott Campbell, figured in him getting into the business and the company’s growth ensuring his leadership.

He gives all of the credit to his brother-in-law and fellow sounding board, Vice President Ryan Campbell, as well as the management team of seven for the company’s expertise in providing quality seeds.

Seeds that can be counted on to sprout every time when the sun shines from above is the ultimate goal.  Ensuring that kind of quality keeps Conaway and his team with scarcely a breather when snow cloaks the Indiana landscape. 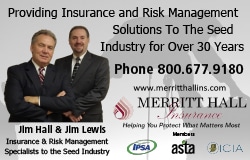