At first glance, Valbella Gourmet Foods in Canmore, Alberta, appears to be a young organization. There’s the food truck parked in its outdoor patio, where visitors can order a gourmet bison burger or pulled pork baked potato and catch a picturesque view of Three Sisters Mountain. You might find the company hosting a pig roast with a neighboring distillery or spot its products on the menu of the hottest new restaurant in Calgary, Alberta.

Yet, while trendy, Valbella is not a young company. In 2018, it will celebrate its 40th anniversary.

Founded in 1978 by Walter and Leonie von Rotz, originally from Switzerland, the family-owned gourmet food producer is holding true to tradition while embracing new ideas and second-generation leadership. It helps that many of the principles Valbella was founded on—using locally sourced, quality ingredients to create craft products—are now in vogue, giving the longstanding business a youthful glow.

When Walter and Leonie first opened Valbella’s doors, charcuterie products were virtually unknown in Canada, but the couple stood behind the quality of their product. Walter had been trained as a butcher in Switzerland and brought with him traditional Swiss curing knowledge. 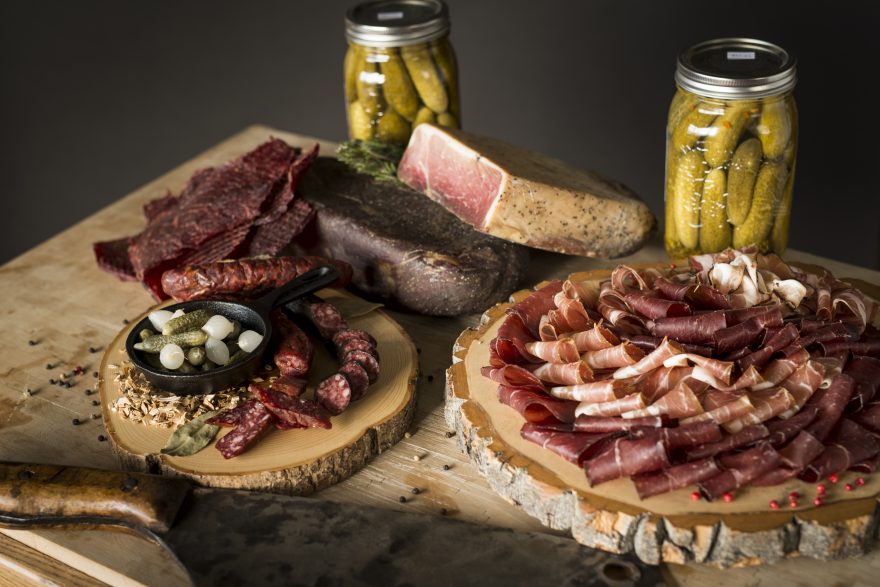 Four decades later, Valbella is a household name throughout Alberta. Its products range from smoked bison to elk burgers, veal bratwurst, beef jerky and chicken pot pie. Those can be found in high-end restaurants, hotels and grocers throughout the province, or at Valbella’s deli and cafe in Canmore.

With its success, Valbella has grown into its 40,000-square-foot plant in Canmore’s Elk Run Industrial Park.

“We have locals who have been coming to the store ever since it opened and still do,” says Jeff von Rotz, Walter and Leonie’s son. “You still recognize a lot of faces.”

Once a coal town, Canmore is a popular tourist destination, which helps keeps the shop busy. And the business is boosted by Calgary’s bustling food service industry, an hour’s drive away.

As Walter and Leonie’s daughter, Chantal, puts it, the ‘shop local’ movement is something Valbella has been doing since day one.

“We have amazing products here in Alberta—everything from the grain to the meat,” says Jeff. “Alberta’s always been [bountiful]. Even when the bison roamed, it was essentially these prairies that raised the best meat and still do.”

As the “foodie” trend flourishes in Canmore and Calgary, Valbella is finding plenty of receptive customers, eager to shop and eat local, organic, freshly-sourced food.

While the company still produces traditional Swiss products, Jeff describes its offerings as “a mix of Swiss tradition and Canadian innovation.”

“There are a few products that just kind of scream ‘Swiss,’” he says. “And there’s a big following. There’s a lot of Europeans here and in Calgary, as well, so those products have always sold well.” 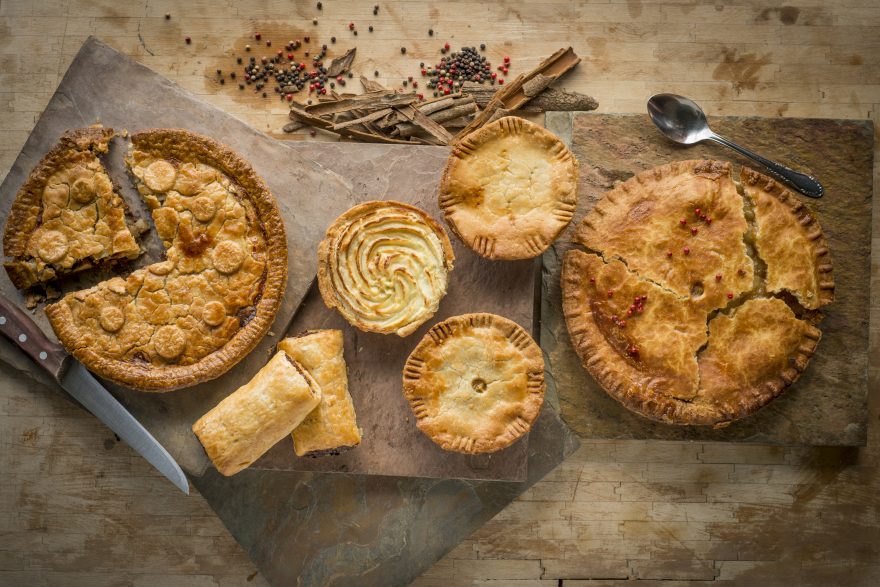 Veal Bratwurst, for instance, is a “very Swiss” product that didn’t exist in Canada 30 years ago. It’s long been a staple of Valbella’s offerings.

At the same time, Valbella has combined Bündnerfleisch, a Swiss style of air-drying meats, with Canadian bison meat, to create a Swiss-style, dried-smoked bison. The meat and spices vary, but the process remains the same.

“We have to adapt to what the people here want, so we just use what we know from all the traditions, and we use that knowledge in using new products that work well for Canadian customers,” Jeff says.

It’s not just Canadian traditions Valbella embraces. The company welcomes neighboring businesses, too. Along with the local, organic food trends, Valbella has seen a rise in collaboration.

When friends opened a distillery in the same industrial park, for instance, the two businesses co-hosted a pig roast. When new restaurants open, Jeff says, they often use the Valbella name on their menu. In return, Valbella encourages customers to try those restaurants.

“It’s nice to be able to work with the newer businesses in town,” Chantal says. “You want to help them out, and it’s so easy to work with them because they’re excited about what they’re doing.”

For Valbella, working with newer food businesses helps attract a younger crowd, the next generation of specialty food consumers who are interested in things like craft beer, local distilleries and quality food.

Local for the long-haul

As Walter and Leonie prepare to retire, Jeff and Chantal have stepped up to run the business. The pair will maintain Valbella’s legacy, but change is inevitable, so they’ve put thought into how the company will evolve.

For starters, they have decided Valbella will not expand outside of Alberta. While the company will promote its products in more cities and towns throughout the province, the family has no plans to extend Valbella’s reach nationally.

“We want to become more specialized and do things even better, rather than become very big,” Jeff says.

Valbella recently added a line of convenience products, that is, prepared foods that can be heated and served or incorporated into other recipes. Those include soups, stocks, proteins, sauces and meat pies. Valbella expects to sell those items through grocers and to food-service clients who want to simplify meal prep.

“The first generation puts in all of the hard, hands-on work, there’s no doubt about it,” Jeff says. “But we feel it is important to stay on top of things with trends.”