Starbucks might be a competitor on the retail front, but Jonathan White doesn’t mind raising a cup to the Seattle heavyweight in all matters coffee.

“They raised the expectation for a good cup of coffee and refueled a secondary independent wave of coffee shops, and for that we have to be grateful,” muses the executive vice president of the White Coffee roasting juggernaut in Long Island City, New York. “When McDonald’s and casual dining restaurants and even gas stations see the need to upgrade the quality of their coffee, that has to be a good thing for the whole industry.” 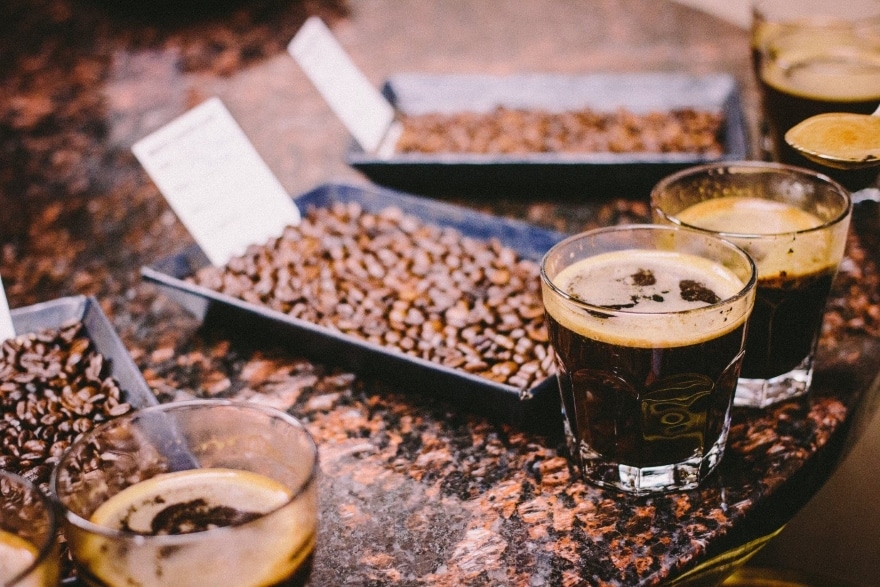 That said, White won’t tire of reminding people that long before anyone heard of Starbucks CEO and possible presidential candidate Howard Schultz, his late father Irwin White—son of White Coffee founder David White—was among the early folks who recognized that java could be both gourmet and utilitarian. That the product line should extend beyond caffeinated and decaffeinated. That rewards awaited those bold enough to grind it out.

“During the mid-1970s, my dad came to the conclusion that people would pay a few cents more per cup to get something extra good,” White tells Vision in February. “He became very aggressive about importing beans from places like Kenya, where he’d have an agent at the auctions and buy a micro-lot.”

That proactive model continues to percolate with beans now arriving from over 20 countries, and the operations of White Coffee long since passed on to Jonathan; his brother, Vice President Gregory White; and their mother, President Carole White.

Get what you pay for

“We don’t try to be the cheapest option,” Jonathan White makes clear. “We’re always looking to innovate unique products that fit the ever-growing demands of customers.”

Customers who, as marketing surveys indicate, are becoming more sophisticated as well as discerning about how those beans are grown before importation and roasting—more on that later. But even such customers may not know the most immediate source of what they’re drinking. 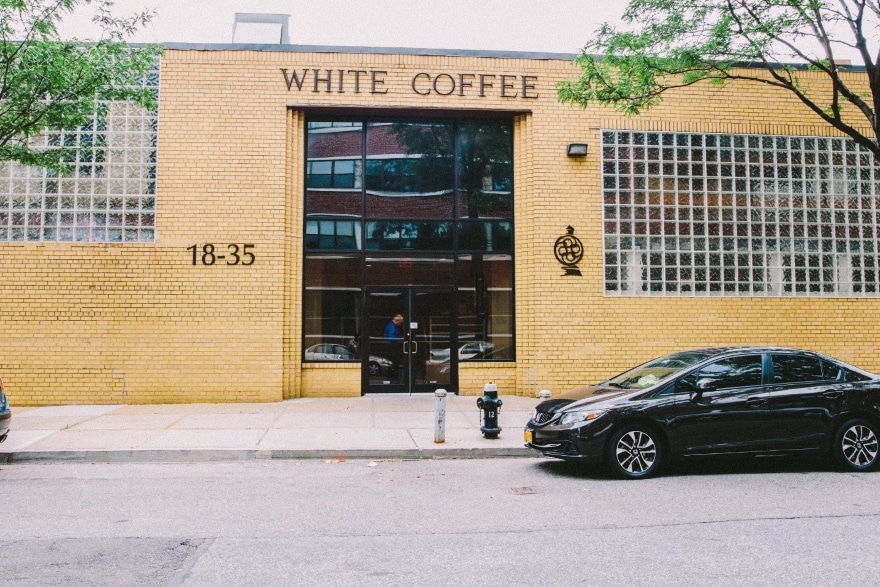 For White Coffee’s reach far extends into roasting the most customized beans and blends for an array of retailers, institutions and hospitality establishments.

The last holiday season had many gift givers calling upon online retailer Harry & David to deliver what often included White Coffee-produced products. Harry & David coffee begins with aroma, and it satisfies with great flavor. Using only 100 percent arabica beans grown and harvested by hand on small estates throughout the world, the invigorating essence of fresh brewed coffee filling the room is a sensational experience. There are more than a dozen flavors available, such as Chocolate Cherry Decadence.

But Harry & David is far from White Coffee’s only branding partner. The company produces around 13,000 products at the retail and wholesale level, branded for itself as well as for such companies as Entenmann’s, Kahlua, Marvel, Emeril, and Jim Beam, the latter of which has contracted a grind with a subtle yet distinct bourbon flavor for the past three years. The Elvis Presley estate depended on White Coffee for a peanut butter and banana blend.

“We’re looking at several other major licenses for nationally known consumer brands,” White says. “The deals are close but not quite done, so stay tuned.”

Meanwhile, White Coffee’s stronghold on the Big Apple and its surroundings only seems to strengthen. Though the company doesn’t operate its own cafes, its products are served at the Hilton, Marriott and Yale Club. Hospitals offer a mild brand that may be right for patients who don’t want deep taste and aroma. For the most pedestrian of preferences, there’s even the Donut Shop Blend.

So there’s more than enough reason for White Coffee to continue roasting 9 million pounds of beans annually upon approval of its highly experienced, so-called Q-grader, an in-house specialist whose sole responsibility is to buy from samples arriving daily. White says the beans are subject to rigorous before and after quality control, and extensive taste tests are the rule with anyone’s input welcome.

Yet, as White will tell you, it’s not just a good cup at the counter or a pound at the store that concerns so many of today’s coffee aficionados. There seems to be a social conscience brewing at the cafes, one shared by White Coffee. 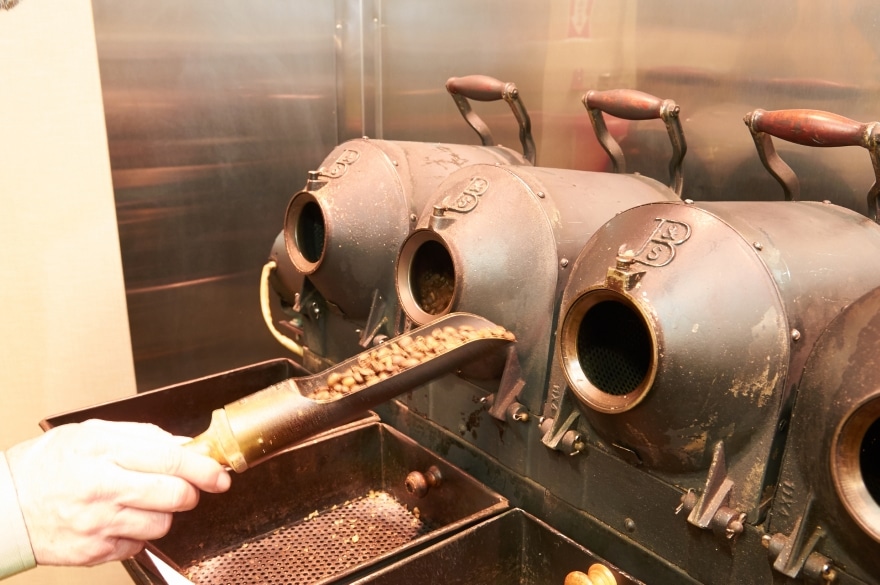 While the company distributes internationally, it stays close to its roots, recently launching White Coffee Cares, an employee initiative for more community involvement that’s led to the company stepping up its activities in children’s charities. Keen on environmental matters here and abroad, White Coffee minimizes wastes in its fleet and production facility, promotes recycling and sources beans grown in a manner friendly to Mother Earth.

In many ways, White says the company furthers the legacy put forth by his grandfather, who founded White Coffee in 1939.

And Jonathan White, he’s a 1988 Columbia University law grad who spent the first couple of years of his professional life with Patterson Belknap Webb & Tyler prior to coming to the family company in 1990, joined by his brother in 1993.

At times he’s a de facto general counsel, weighing in on contractual and employment law. But first and foremost, he’s a coffee man invigorated by the deep aroma of the workplace where he’s so much at home. 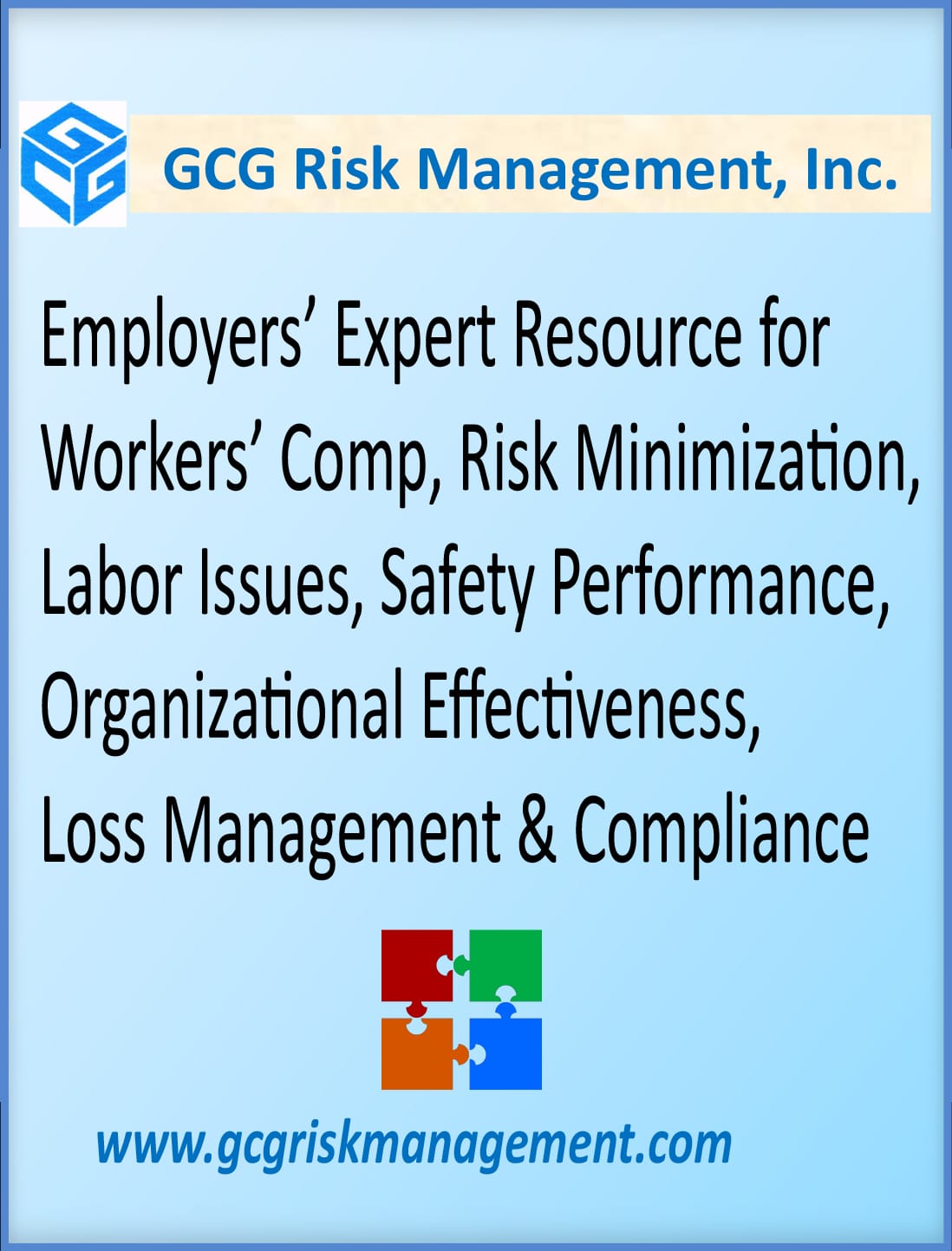 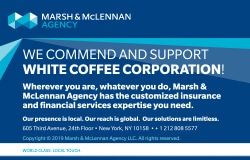