At six years old, while most of his peers were piecing together rudimentary houses and towers, Will Davis held his first Lego set and dreamed of bigger and better things. Always unsatisfied with the first attempt, he would tweak and tinker, knock down and rebuild until, after many brow-furrowing hours, his impossible ideal was reached.

Now, three decades and one attic’s worth of Legos later, that exacting mind and eye remain. Even if the pieces have changed.

“While I’ve always loved math and science and engineering, I realized in high school, and later in college, that I’m at my best when I’m working with people,” says Davis. “I spent years figuring out what makes things work. Now I’m focused on what makes people work—what makes them tick.” 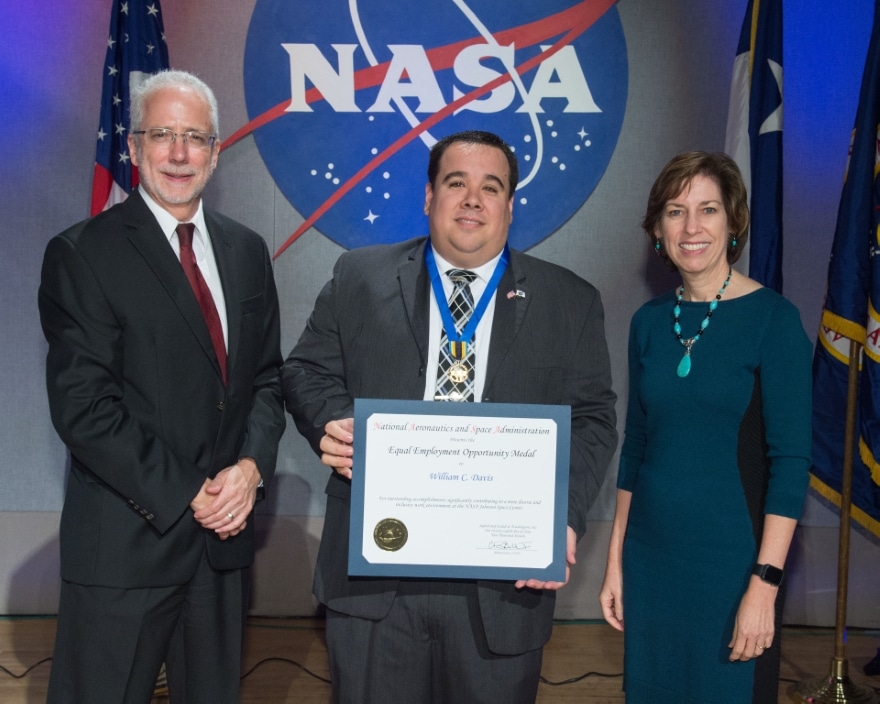 As deputy director of the office of equal opportunity and diversity at NASA’s Johnson Space Center, Davis is helping the agency strengthen its commitment to cultural inclusion. So far, the shuttle seems poised for a steady flight.

Having cut his teeth as a NASA engineer from 2005 to 2017, overseeing safety and quality control for projects including the International Space Station and the Orion Program, Davis says being able to understand the engineer’s perspective—“to speak their language”—is critical to his goals.

“Our workforce here is 80 percent science, technology, engineering and math [STEM],” Davis says. “Because I spent so much time in that world, I came in with a pretty good idea of what changes would be embraced and how to communicate in lingo they’d understand.”

To get there, he needed to start where every self-respecting scientist does: by gathering information. Specifically, Davis used raw, aggregated data collected through NASA’s internal human resources platform to better understand which demographics were being underrepresented—and to what degree.

For example, Davis found that some underserved populations weren’t being selected for supervisory roles at a rate equal to their participation in the general workforce. A self-described “infographic junkie,” Davis has developed a knack for reducing NASA’s personnel data into graphs and charts that are clear, engaging and—most important of all—easy to understand.

Only, rather than using data to make specific recommendations, Davis instead wants it to spark the right kinds of questions, such as how best to eliminate discriminatory practices.

“The data shows what it shows. The question becomes, ‘Are we okay with this?’” Davis explains. “If we’re not, at least we have the data to inform the resulting policy or program.”

At Houston’s Johnson Space Center (JSC), these efforts were instrumental in the creation of the Inclusion and Innovation task force. To achieve their goals in the realm of human space flight—to the moon, Mars and beyond—Davis and his colleagues know they need to be equally innovative in how they develop their internal resources. Human included.

To that end, Davis has helped spearhead process improvements to encourage more integrated staff activities using what he calls a “community of practice approach.” Moreover, he’s worked to ensure that each of JSC’s nine employee-resource groups are inclusive of NASA’s minority populations, including those in another group with which Davis proudly identifies: the LGBTQ community. 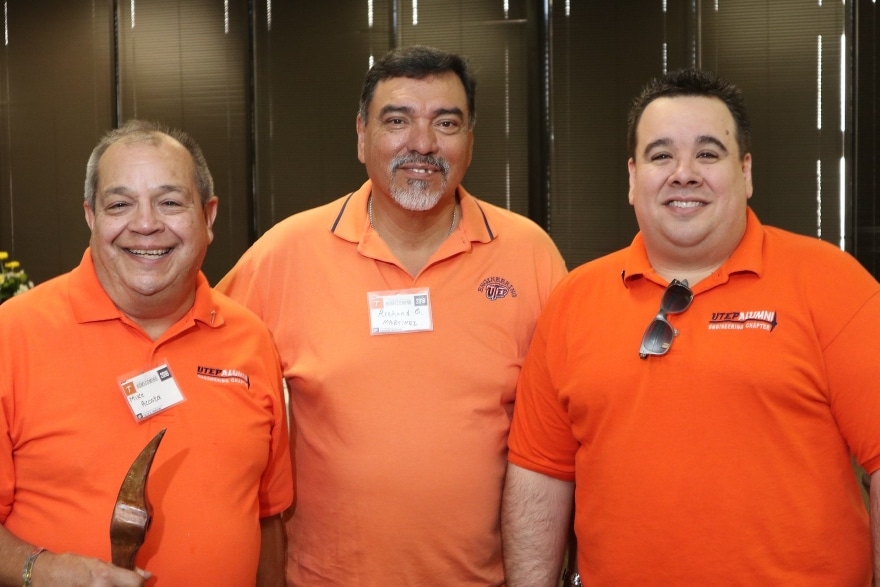 “There is mounting data that organizations that are inclusive and authentic are more successful in putting forward solutions to higher-end projects and problems, the kind that NASA deals with,” Davis explains. “When you involve people from all walks of life, minor conflict is inevitable. But that can actually be a good thing. Performance is further enhanced by allowing each individual to bring their full, authentic self to the workplace.”

Indeed, Davis’ journey has been a launch-tower-sized testament to that very idea.

In 2000, while studying metallurgical and materials engineering at the University of Texas at El Paso (UTEP), his love of Legos given way to grander designs, Davis joined two Hispanic student clubs: MAES–

Latinos in Science and Engineering—and the Society of Hispanic Professional Engineers (SHPE), serving as a student officer in both.

Sharing a joint UTEP chapter, the two organizations gave Davis something he’d never had: a community of likeminded peers to call his own.

“It was through my involvement in SHPE and MAES that I really started to appreciate my own potential in working with people,” recalls Davis, who serve as MAES board member for 16 years and its national president from 2012-2018. “I’ve had lifetime memberships ever since.”

Indeed, while Davis has been more involved with MAES, having chaired each of its annual conferences for several years and garnered numerous lifetime achievement awards, he believes the common values—a commitment to student achievement, community leadership development and corporate responsibility—make them ripe for an eventual merger, and SHPE’s CEO Raquel Tamez has noted this possibility during recent keynote addresses.

“Until we solve that financial axis question, we’re going to get better and better at getting aspiring Hispanic engineers through the college doors, but the drop-out rates will continue to be an issue,” Davis explains. “There’s no one silver bullet, but organizations like SHPE and MAES can play a role in making these issues a bigger part of the national conversation.”

All with the aim of building something better—and stronger—than what came before.