Employees at Klaussner, and at most furniture manufacturing companies, used to be paid by how much they produced. If workers needed extra cash, they’d work faster, which could lead to mistakes, or worse, injuries. Over the past year, the furniture company has done away with piece work and now offers an hourly wage.

According to Zack Chehaitli, Klaussner’s executive vice president and chief operating officer, employees now make more money and feel more valued. And the quality of furniture has only gotten better, he says.

“We’ve been able to turn the culture around 180 degrees in the past year,” he says. “We’re making sure to allocate our time and resources to quality and to employee safety.” 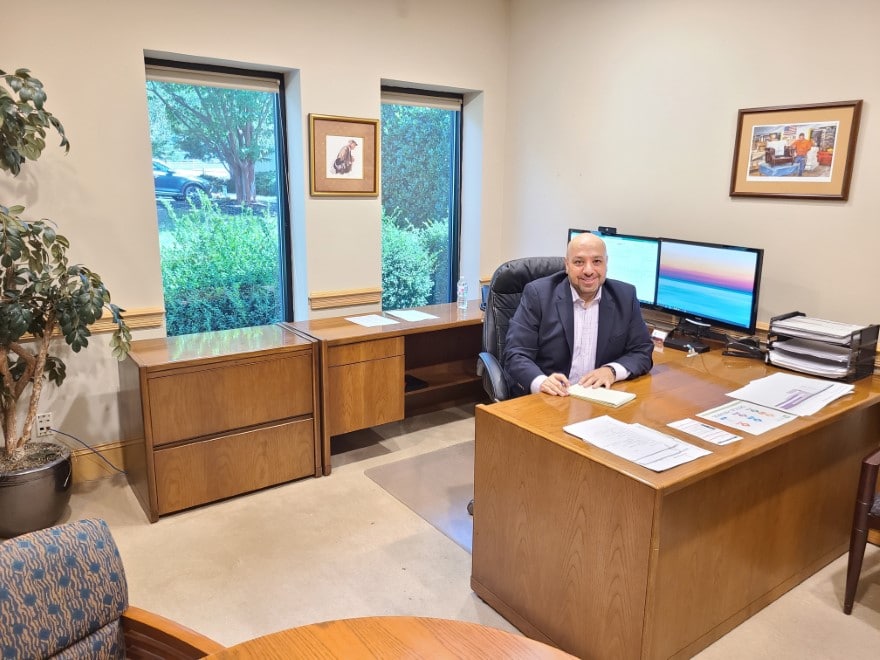 Based in Asheboro, North Carolina, Klaussner is a furniture manufacturer specializing in bedroom, living room and dining room pieces, as well as upholstery. According to Chehaitli, the shift in company culture came when new president and CEO, Terry McNew, was hired in November 2019. McNew assembled a new management team, including Chehaitli, who started in August 2020.

In addition to implementing a straight hourly wage, the company began paying employees more. Chehaitli says there have been four or five wage increases in the past year, totaling 20-25 percent. Additionally, the company’s hierarchy has been “flattened,” he says.

“Managers are very engaged and at times even personally work on the production floor,” Chehaitli says. “My management style is very hands-on and I expect the same from the other managers I work with.”

He says many Hispanic employees, who make up half the company’s workforce, have told him they feel like equals at work for the first time. Additionally, half of Klaussner’s facilities have women as plant managers.

“I feel proud of the diverse workforce we’ve created here,” Chehaitli says. “And I like that it happened on its own without a push for diversity. Hiring and promotions have happened based purely on qualifications and performance.” 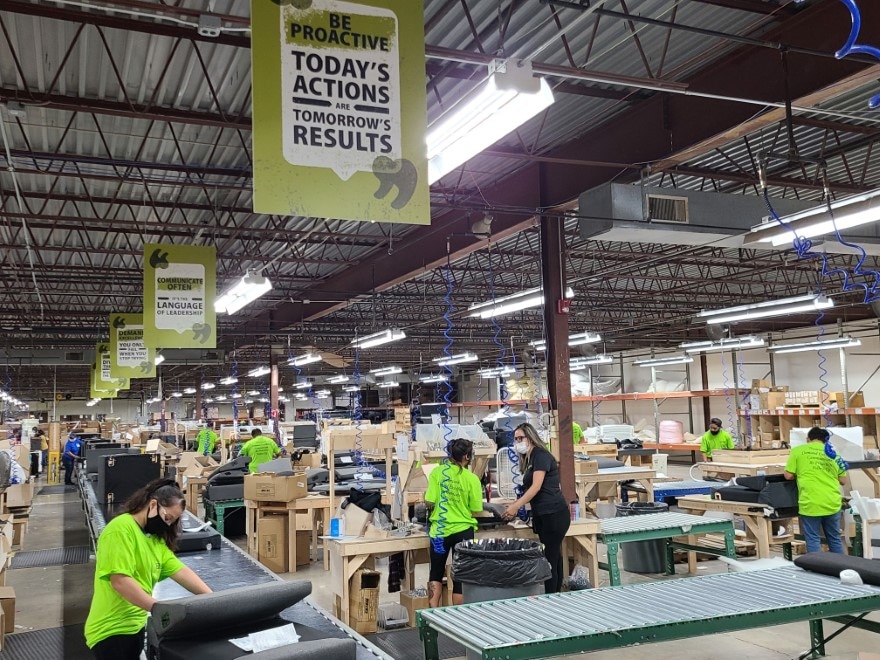 While diversifying the workforce, Chehaitli says Klaussner is also committed to offering a safe and supportive place to work. He says managers are respectful of employees’ personal lives and family commitments and that hours have been standardized so no one is working late at night.

“We’ve changed the cultural mindset and morale is tremendous,” Chehaitli says. “And while implementing these changes, we’ve decreased our costs and have actually saved a lot of money as a company.”

Over the past year, Chehaitli has developed metrics for everything the company does so he can measure the impact of its changes. Klaussner measures five pillars: safety, quality, cost, delivery and people. Since last year, employee productivity has increased by 40 percent and product quality has improved by 70 percent.

“These remarkable improvements were not only due to process re-engineering but, even more importantly, to the culture changes and tremendous teamwork environment the Klaussner leadership has created,” Chehaitli says. 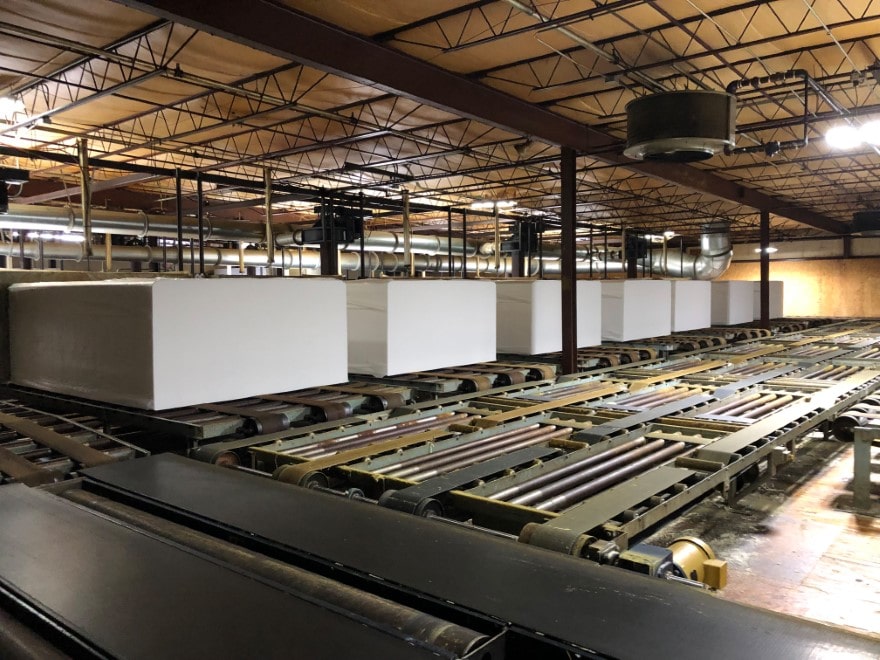 The company has been able to make these improvements while also keeping up with increasing demand, Chehaitli says. While the COVID-19 pandemic has created supply chain shortages and slowdowns, it’s also created more desire in people to redecorate their homes.

“We have so much demand because of our quality, and we can’t make more fast enough right now, so we’re being leaner and putting process engineering in place,” Chehaitli says.

Klaussner has been doing more research and development with automation, he says. One of the first things the company plans to automate is the frame making process. The goal isn’t to replace employees, Chehaitli says, but improve quality, efficiency and output.

“My strategy when I came into this role was to look at people, process and technology,” he says. “People is done, process is well underway and now we’re looking into technology.”

Getting to reshape Klaussner’s culture to improve employees’ experience, as well as overall operations, has been fulfilling, Chehaitli says. And getting to do it with his longtime friend, the company’s CEO, makes it even better.

Chehaitli had worked with McNew for several years and was excited when his former manager asked him to join Klaussner’s new management team. The pair had worked together at Brunswick Boat Group, an international luxury boat manufacturer, where Chehaitli was the director of continuous improvement and process engineering for over ten years. 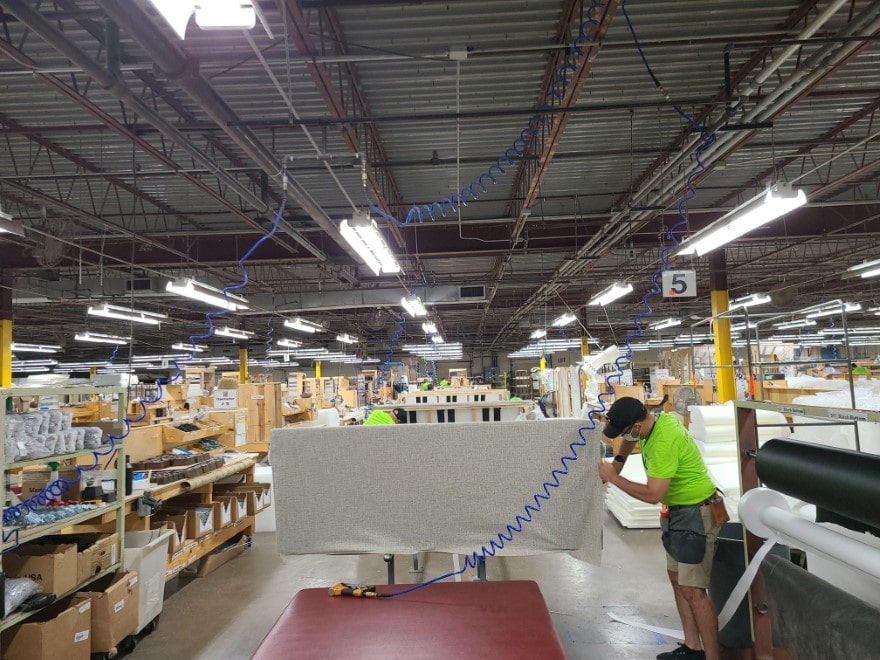 With 30 years in the manufacturing industry, Chehaitli says he’s seen a lot of change and that he’s glad employee safety and satisfaction is becoming a bigger priority.

“I’ve seen the difference that caring for and respecting employees can make in a company,” he says. “At Klaussner, it’s clearly paying off because we’re keeping more people here than ever before and I’m glad to be a part of it. We have a tremendous team, and the sky is the limit as we always work together to overcome internal and external challenges.” 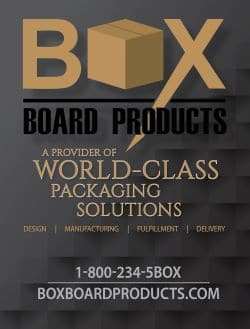 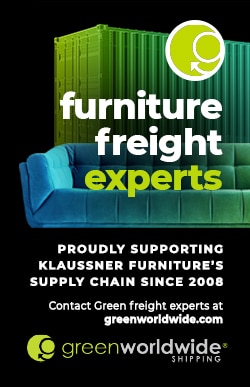 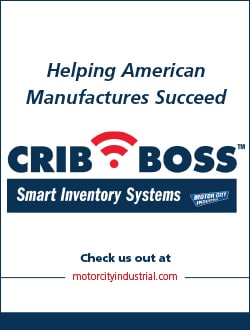 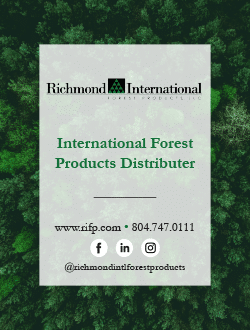 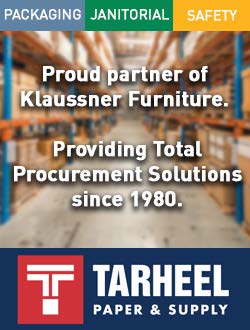