Healthy, tasty message in a bottle

This just might be the story about the little engine that could. Almost literally.

For just a decade ago, Zoey Shamai was moving one case of empty bottles at a time by bicycle, between a Toronto warehouse and her very congested apartment kitchen, where she was brewing her own take of a unique organic health beverage, kombucha.

Today Shamai has established herself as a leader in the kombucha industry, having created one of the first commercial brands in Canada and setting the bar for large-scale brewing. Ranking among the top three brands in Canada, Shamai is 100 percent owner of her company, and the only brand exclusively owned and run by a woman. 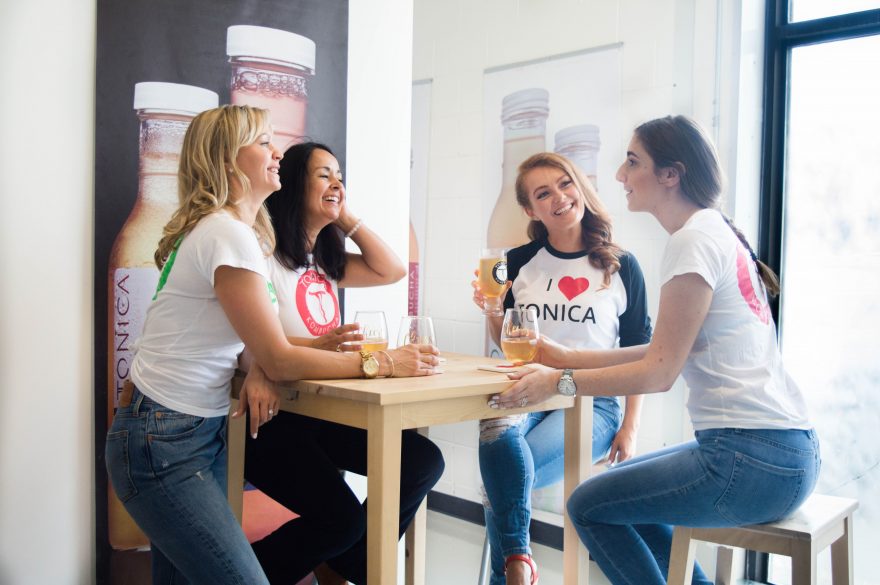 Tonica’s distributor’s 52-foot trucks pull up to her 12,000+ square-foot facility, just outside of Canada’s biggest city, several times a week, loading full pallets of Tonica Kombucha bound for more than 2,000 retailers between the Maritimes and British Columbia. The new automated bottling line and equipment that Shamai installed this spring, are hard-pressed to keep up with growing demand. She’s counting on another line soon being in place.

Maybe another one after that, and a second manufacturing facility somewhere else in the Great White North. Vancouver certainly beckons, as do Canada’s other major metropolitan areas.

Yes, Tonica Kombucha seems to be the fermented drink of choice for a young and young-at-heart, health-conscious demographic that’s finally found something both palate-pleasing and a natural metabolism booster for their digestive systems.

In due time, Shamai’s counting on her beverage going full-throttle south of the 44th parallel, but first there are many more markets to saturate in Canada. Perhaps Tonica Kombucha would already be a household word in the U.S. had Shamai responded affirmatively in 2012 to would-be investors on “Dragon’s Den,” the Canadian equivalent to “Shark Tank.”

While the show’s venture capitalists all bid to be a part of Shamai’s company, she opted to keep doing things on her own. Given her success, there’s no apparent reason to second-guess this very energized young woman, who’s only too eager to tell you how her beverage will quench your thirst and keep you regular and energized.

A traveling yoga instructor before turning kombucha queen, Shamai had long known a thing or two about good health and took to drinking kombucha tea while living and studying at an ashram in northern New Mexico. But while the beverage whose main ingredients were tea, sugar, bacteria and yeast would keep one’s bowels in good working order, the concoction she was drinking didn’t seem to have much commercial appeal.

“When I first tasted the home-brewed kombucha, it had a very strong fermented flavor that would definitely take getting used to, and certainly was not for everyone,” Shamai says. “But the immediate effect it had on my digestive system and energy levels was far too amazing not to share it! It just needed a flavor makeover, which is exactly what I set out to create.” 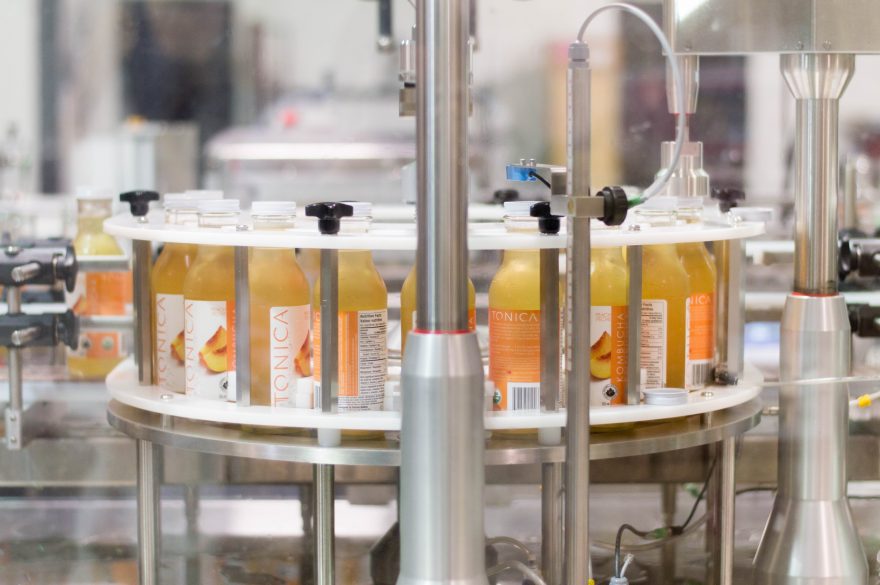 Upon returning to Toronto in 2008, Shamai would create, one bottle at a time, her own brand called Fairy’s Tonic, the original recipe lightly carbonated and rich in flavor with regionally grown black tea. Bearing a vivacious caricature of her on the label, this was the product initially stocked at Toronto’s mom-and-pop health stores.

As friends and yoga students noted its health benefits and agreeable taste, Shamai saw more potential, experimenting with other flavors that now include ginger, blueberry and mango, as well as others for retail chains that request private labels. In 2011, she rebranded the operation as Tonica Kombucha, it being well on its way to becoming a Canadian success story, albeit with her likeness no longer on a more mainstream label.

For those who can’t get enough of the drink, they can buy Tonica’s DIY (do-it-yourself) kits that allow for individual preference on the flavoring and fermenting processes. Instructions are posted in English and French on the Tonica Kombucha website. Tonica also offers 30-liter kegs, which have created a new buzz at Canada’s juice bars, restaurants and even taverns—“all the zip without the alcohol,” Shamai says.

And while Shamai raves about her “happy little crew” of 15, she may be feeling some growing pains.

“It’s a challenge to meet demand while keeping up with quality,” she acknowledges. “Kombucha is a living and complex culture, and it’s like I’m in a constant school of learning, as every phase of the business demands different skills. Between the production, operations, sales and marketing there is never a dull moment.”

Though Shamai never completed university, she seems to have developed a keen mind for commerce over the last decade and is comfortable for now, keeping her operation private despite repeated come-ons from would-be investors. 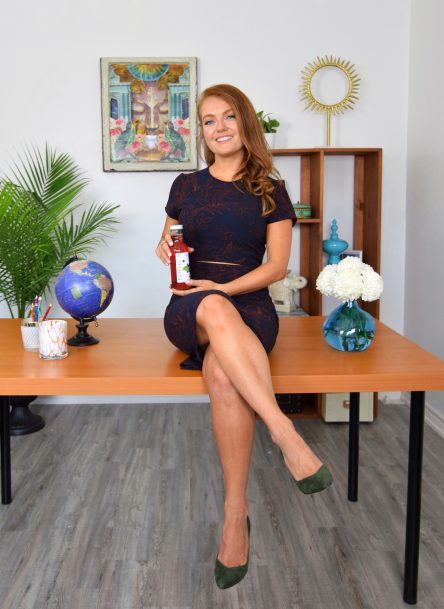 Still, she’s grateful for the “Dragon’s Den” exposure that’s surely figured in Tonica Kombucha’s 60 percent growth in recent years, with annual revenues around $4 million. Eager as she is to tap into the U.S. market, Shamai reminds “we’ve gotta walk before we run,” with production capability adequate to enable growth beyond the border.

While she’s her own boss, Shamai considers herself blessed to have the input of a very entrepreneurial mother who was among the first to anticipate Canada’s appetite for healthy hemp foods, creating Ruth’s Hemp Foods and Chia Goodness in 1999. Mother’s advice and support has proven indispensable as the daughter, now 39, fills another niche on the health front.

“I may not be a doctor, but I know that when your gut is clear and your digestive system is working, you feel great and your immune system has a strong base to keep your body healthy and looking great,” Shamai says. “As we grow older, our digestive enzymes start to die off and it’s necessary to replace them. That’s what Kombucha does.”

Such beverages certainly have stood the test of time, she reminds. Some blends of kombucha are believed to have been used as a health tonic by Manchurian monks during the BC centuries. Chances are, however, whatever they were drinking didn’t taste nearly as good as Shamai’s offerings.

While overseeing Tonica Kombucha has become her primary focus over the past 10 years, Shamai still finds time to practice yoga and meditation and teach these balancing techniques to her community. The exercise also stands the test of time, imbuing benefits aplenty for mind, body and spirituality.

In Shamai’s case there was the added benefit of it inspiring her to go into the kombucha business, where her cup really does seems to runneth over. 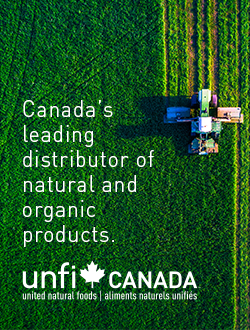 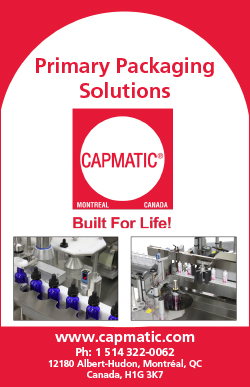