Peak performer on the job and off

While Rip Reeves isn’t living a double life, he seems to find a way to separate the personal and professional.

The former is characterized by adventurous pursuits that, at the very least, would seem risky. A triathlete as well as a mountain climber who has ascended some of the world’s highest peaks, he’s hoping to conquer Everest in May 2019 with his equally—well, maybe not quite—adventurous wife, Suzie.

“I’ve told her, ‘Honey, there’s no one I’d rather share a tent with,’” Reeves tells Vision, adding that his other half has yet to commit to following him on that treacherous path to the top of the world,  although last year, the pair did climb Argentina’s nearly 23,000-foot-high Aconcagua. 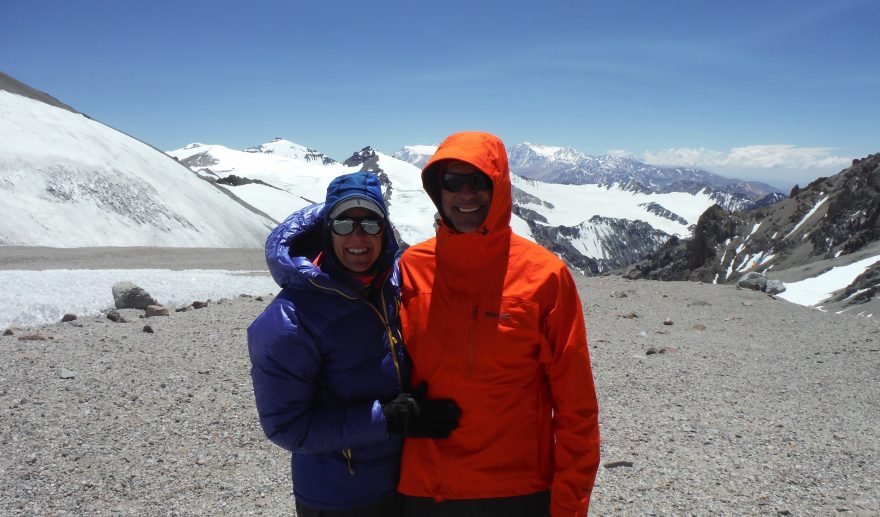 Whatever transpires with Everest, first there will be a relay swim of the English Channel this summer, with his three 20-something-year-old daughters—all products of a very active upbringing. Last summer, the family successfully competed in the 120-mile TransRockies Trail Run in  Colorado.

“Cocktail party dangerous,” is how Reeves characterizes the family lifestyle.

But it’s a much more conservative approach that he has taken on since 2011, in his role as chief investment officer and treasurer of AEGIS Insurance Services Inc. The northern New Jersey firm has established its niche by underwriting liability and property coverage, as well as risk-management services, for utility companies and energy explorers in the United States and Canada. AEGIS also has a Lloyd’s Syndicate in London.

No undue risks on this front. A mutual insurance company, AEGIS is owned by its members, and they don’t want their holdings subject to the typical Wall Street roller coaster.

A steady climb would suit them just fine.

Reeves doesn’t want any adrenaline rushes at AEGIS; just the satisfaction of ensuring his investment strategy has the company maintaining ample liquidity for claims and operating expenses, and is capable of covering its own reinsurance costs while finishing with a respectable return.

“Unlike a pension plan, we’re a taxable entity, and many objectives have to be woven into our investment strategy,” Reeves explains. “The focus is on capital preservation, stability of return and downsized risk. Everything we do is to support the enterprise.”

And, of course, being compliant with the industry overseers so AEGIS can maintain the consistently high rating that allows it to underwrite so effectively.

Last year, one of those rating agencies, A.M. Best of Oldwick, New Jersey, weighed in with another A for AEGIS, which Reeves says is testament, in part, to the soundness of its investment strategy. Approximately 70 percent of the firm’s premiums are allocated to high-grade, fixed-income bonds of multiple varieties, among them corporate, agency, treasury and mortgage-backed securities.

That leaves around 30 percent of the AEGIS portfolio to dabble in the riskier sectors of the global market like equities that currently are on a wild ride along with a Dow Jones that can be subject to any number of influences. AEGIS also invests in below investment grade bonds and private asset classes in the alternative space.

Still, Reeves reminds, any portfolio has to assume some risk, and at least by the standards of the rating agencies, AEGIS’ investment strategy looks prudent.

“I just love the challenge of trying to figure out the most appropriate and suitable investment strategy for the enterprise,” he says. “It’s like putting a puzzle together; even similar to geometry where you’re trying to go from Point A to Point B under a set of rules to connect the path.”

How his creds add up

For Reeves, getting to this point of his career took some doing, and maybe without the most linear of paths. As he details in his colorful, quotable manner, his was a Forrest Gump childhood, one of growing up among shrimpers, tugboat captains and roustabouts on the Louisiana Gulf Coast. 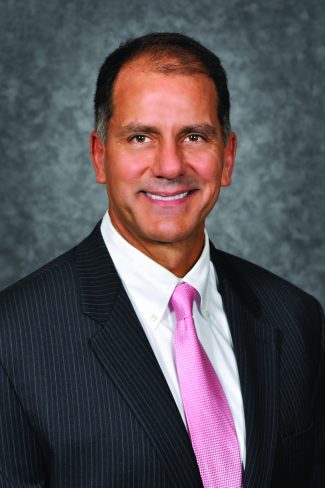 Fine, enterprising folks they were, but without the formal education that the young Reeves wanted. Math and science had taken a hold on the boy, who had yet to take serious interest in sports. But through scholarships and his own work ethic, he earned an undergraduate degree in business and finance and then an MBA from Louisiana State University, where he met his future wife while earning a few dollars an hour as a lifeguard at the campus pool.

New York, not New Orleans, being the center of the investment world, Reeves ventured north, for a short spell eking out the kind of threadbare existence that Paul Simon detailed in “The Boxer.”

But the brokerages liked what they saw in Reeves, and Salomon Brothers welcomed him aboard in the summer of 1985, putting him through a six-month training program where classmates included Michael Lewis, who would go on to write about the Oakland Athletics’ success through sabermetrics in “Moneyball: The Art of Winning an Unfair Game.”

Bonds, not baseball, became Reeves’ game, and upon completion of training he spent almost five years in mortgage-backed securities for Salomon before becoming a bond portfolio manager for J.P. Morgan from 1990 to 1996. Then it was off to Boston, where, for the next 15 years, Reeves would ply his skills with Scudder Stevens & Clark, Standish Mellon Asset Mgt. and Argo Group International Holdings Ltd., before returning to the New York area for AEGIS.

“They already knew me well,” Reeves explains. “I had managed money for them earlier in my career, and now they were offering me the position of CIO and treasurer. I couldn’t say no. This offer was a chance for me to run investments and treasury, while also participating in running overall corporate strategy for a global insurance enterprise.”

“There’s no cookie-cutter approach in the insurance business,” he says.

Especially not at AEGIS, whose client-owners hail from what can be a volatile energy and utility industry. These are companies that, by their very nature, are engaged in risky endeavors.

Reeves’ outside interests being what they are, he can relate, and acts accordingly. 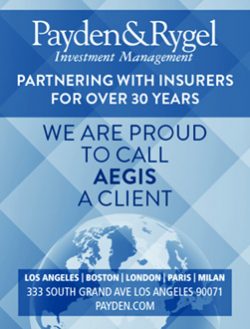