While honoring each client’s confidentiality, Gerald B. Goldberg has anecdotes aplenty about the issues a household may face should the most fiscally savvy member die or become incapacitated by age, illness or injury. All too often, that person has been remiss in sharing his or her knowledge with their spouse, partner or beneficiaries.

But if that household had had the foresight to seek the advice of GYL Financial Synergies in West Hartford, Connecticut, a lot of woes could have been mitigated. 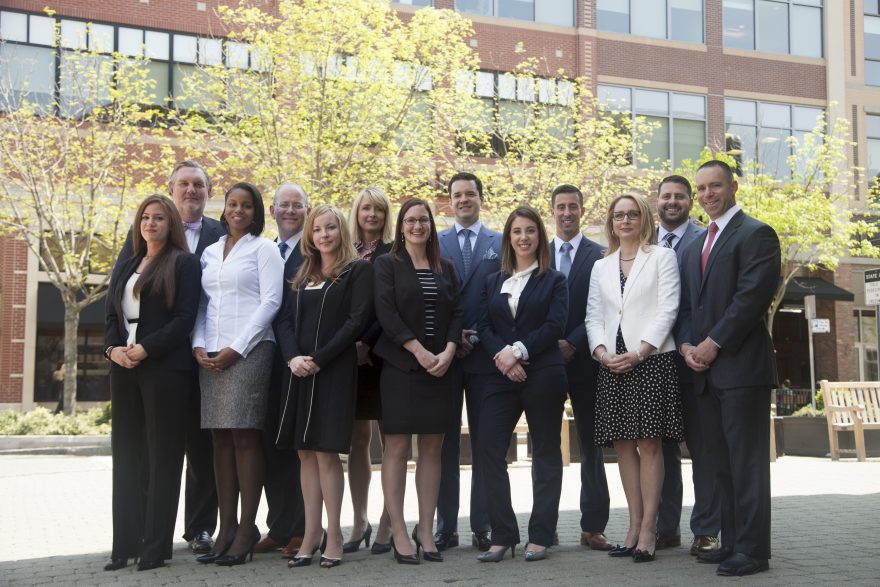 “In those moments of adversity is when GYL shines most because we take a very proactive, hands-on approach to help our clientele prepare for rainy days and life’s inevitable pitfalls,” Goldberg, GYL’s chief executive officer and co-founder, tells Vision. “While our clients may value our investment expertise, in those darkest moments, we find that our emotional support is what they need most.”

Which is among the factors that Goldberg says sets GYL apart from the big wirehouses where he and the other senior principals cut their financial teeth. Not that he’s putting those places down; on the contrary, he credits Wells Fargo (and its predecessors) for giving him and fellow partners, Jonathan S. Yolles, Michael J. Lepore and Claire F. McDonald, the professional opportunity to grow a thriving practice and build the skills necessary to prepare for the establishment of their own Registered Investment Advisory firm under the umbrella of Focus Financial Partners.

It’s just that the independent, fee-based fiduciary is better positioned to act on its core values: The client comes first, team members are well taken care of, and everyone is encouraged to give back to the community.

GYL serves a diverse clientele that’s split fairly evenly between high net worth individuals, families and institutions. Each situation being unique, an extensive discovery precedes the commencement of any engagement.

From a general perspective, the individual and family clientele has minimum net investable assets of around $2 million and is someone highly accomplished in their profession or business, but still in need of expertise in the ever-evolving world of financial planning and investments. 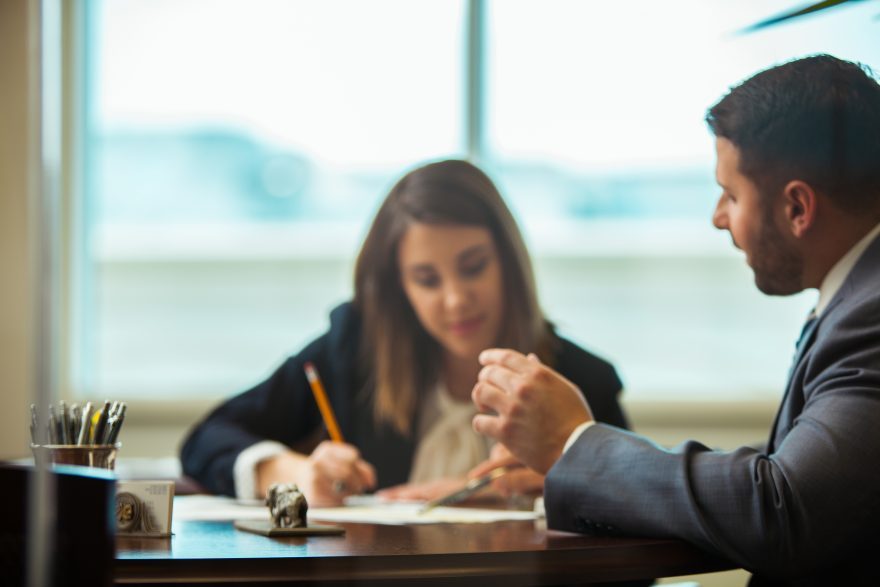 “All kinds of people here—doctors, lawyers, accountants, entrepreneurs and a wide smattering of retirees,” says Goldberg, himself a George Washington University Law grad whose legal background prepped him well for helping clients to better understand a wide range of topics, ranging from complex reorganizations to fiduciary oversight and risk mitigation.

“Some advisers might say they have a niche—say, young to middle-aged dentists in a certain ZIP code—but the diversity of our institutional and private client background puts us in a better position to provide holistic support because we’ve seen so many different examples of life events and circumstances.”

For serving these clients, GYL co-founder and CIO Yolles stands out; the Hartwick College grad having distinguished himself six times by On Wall Street as one of the 40 top advisers under the age of 40 from 2007-2013. The rankings are based on data provided by the representative’s companies that identified their advisers under the age of 40 with the most assets under management. Each individual’s assets were separated from their teams and ranked accordingly. If two advisers had the same amount of assets they were ranked according to their trailing 12 month production numbers. Investment performance is not an explicit component.

Having since passed that milestone age, Yolles’ skills have been further honed when it comes to that proactive, collaborative approach so necessary to customized financial planning. He holds the Certified Private Wealth Advisor® certification, administered by Investments & Wealth Institute™—formerly known as Investment Management Consultants Association®—and taught in conjunction with The University of Chicago Booth School of Business.

On the institutional side, Senior Managing Directors Lepore and McDonald lead the show, each holding the CIMA® certification administered by Investments & Wealth Institute™ and taught in conjunction with The Wharton School, University of Pennsylvania. With over 20 years of institutional client experience, their specialties include asset allocation studies and investment manager selection. Their skills are much appreciated by the municipalities, self-insurance funds, corporations, nonprofits and select high net worth private clients they serve.

Three more financial advisers, Luke J. Violette, Katerina Nikolaou and Josh Goldberg work with both private and institutional clients. Eleven other professionals round out the team in the departments of research and performance reporting, client services, and compliance and operations. All told they make GYL one of the more prominent firms of its kind, a team of 18 serving a national clientele and having $5.4 billion in assets under advisement.

Four score on their own

Time was when the four financial advisers worked together for several years at Wells Fargo. Rewarding and fulfilling responsibilities, to be sure, but they sought more autonomy, and the ability to act solely as a fiduciary and to be recognized as such in their own firm.

In 2015, Goldberg and Yolles were introduced to Focus Financial Partners, a partnership of independent fiduciary wealth-management firms. In August 2016, GYL joined the Focus family. Focus has the resources and thought leadership that has, and will continue to enable GYL to grow organically and through strategic mergers and acquisitions. Clients have embraced the change in affiliation and several have asked why the firm didn’t make the change sooner. 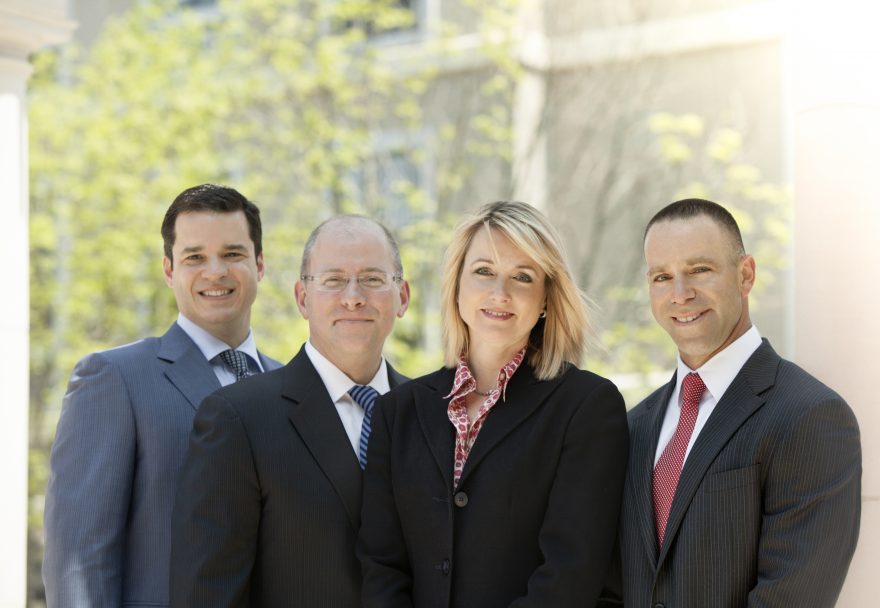 In reflecting upon the contrast in environment between independently operated RIA and wirehouse, Goldberg makes the following observation: “Wirehouses are supermarkets filled with a dizzying array of financial services and products. While there are instances where advisers employed at a wirehouse may be subject to a fiduciary standard, often is the case that the advisor may instead be governed by the lower ‘suitability’ standard. That standard does not obligate the advisor to act in the best interests of the client whereas the fiduciary standard does have that requirement.

“It’s a central pillar at GYL to give back to the community,” Goldberg says. “We encourage team members to engage and participate in whatever cause most resonates with them.”

Yolles has won acclaim as a high school baseball coach, while Lepore is a current board member and past president of the Intensive Education Academy for children with special needs. He continues to serve as a trustee on the board for this important cause.

Children’s programs top GYL’s list for civic giveback, the firm being lead sponsor for the local March of Dimes Run for Babies 5K since 2015. As further evidence of GYL’s commitment to community, the employee handbook was recently amended to give everyone extra time off for volunteering.

By all accounts, it’s a worthy investment in something more valuable than money itself.

“If you want to build a team, you have to have a team that builds,” Goldberg reminds. “Every day brings the opportunity to do good. Go out and find things you are passionate about and make a difference. Because if we don’t do it, then who will? And if not now, when?” 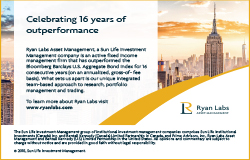 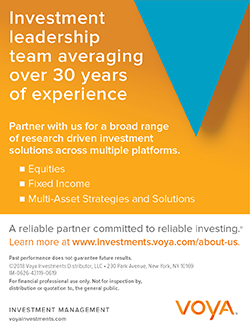 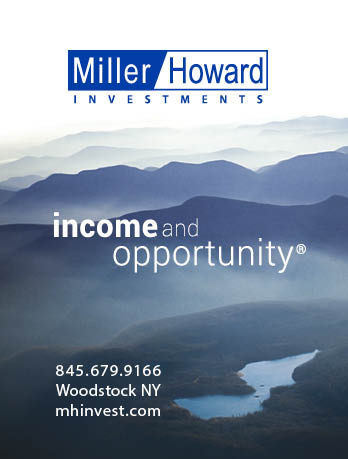