Promises made and kept for senior care

When John K. Lines met with his team on a recent morning, it was his turn to address the promise of the day to the six people on his floor at National HealthCare Corp. in Murfreesboro, Tennessee.

Promise No. 3, “Address your needs with a sense of urgency,” the senior vice president and general counsel emphasized in his 14th-floor office overlooking the scenic but fast-growing city 30 miles southeast of Nashville. 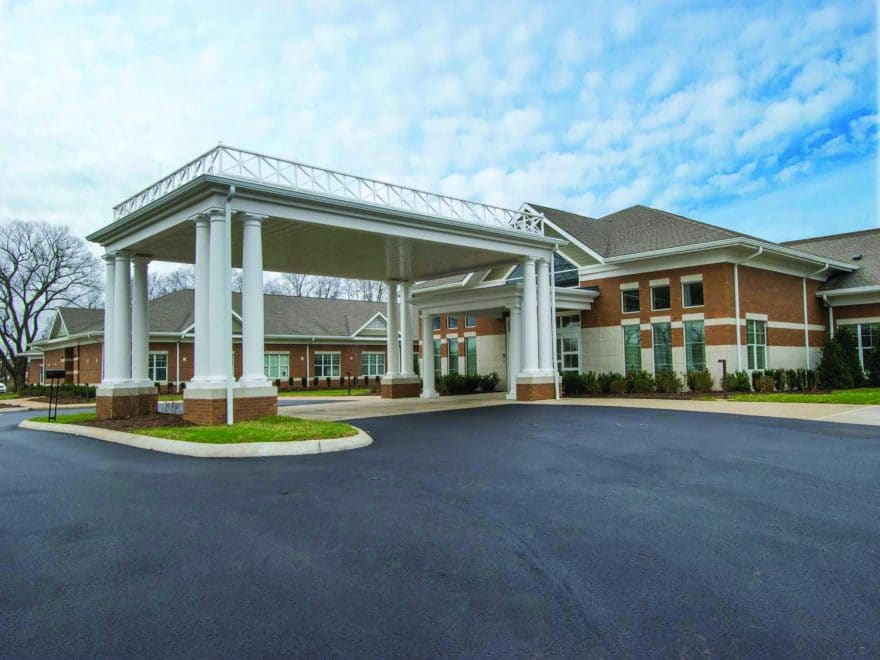 Then they discussed the day’s talking points, which typically reinforce the day’s promise. On this particular day the subject included a letter from an NHC employee in South Carolina. The employee was expressing her gratitude for her co-workers who rushed to tend to her son and niece when they were injured in a traffic accident in front of their facility.

Throughout the central Tennessee-based chain that operates a variety of 162 elderly health-care operations in 10 states, similar protocol took place.

It’s all part of “A Better Way,” National HealthCare’s daily reminder to its staff that there’s always the opportunity and responsibility to serve patients and customers better than they did yesterday.

The commitment to urgency is just one of 20 promises du jour (see below) that remind the men and women at National HealthCare to heed the basics of customer service and cooperation with colleagues.

“It’s a fun, collegial thing to do and get the day started, but it has a serious point,” says Lines, who has headed National HealthCare’s legal department since 2006. “We want all 14,000 of our partners to stay focused on a better way.”

By “partners” he was referring to National HealthCare’s massive work force—all of whom are regarded as links in a chain. Those partners aid patients who need skilled nursing, assisted living, independent living home care, hospice care, rehabilitative care, long-term care or memory care.

And there is a connection between partners and patients, Lines stresses. Each of those 20 promises is aimed at addressing a seemingly minor detail that mustn’t be allowed to fester into a major issue.

In 2014, Forbes magazine listed National HealthCare as among America’s 100 most trustworthy companies, and the service provider wants to uphold the faith it believes it has earned, largely from such a basic modus operandi as making assistance to partner and patient alike its primary responsibility.

Drawing no difference between his staff and the thousands of others employed by National HealthCare, Lines lauds his “partners,” giving particular praise to those who work directly with patients under what can be difficult conditions. 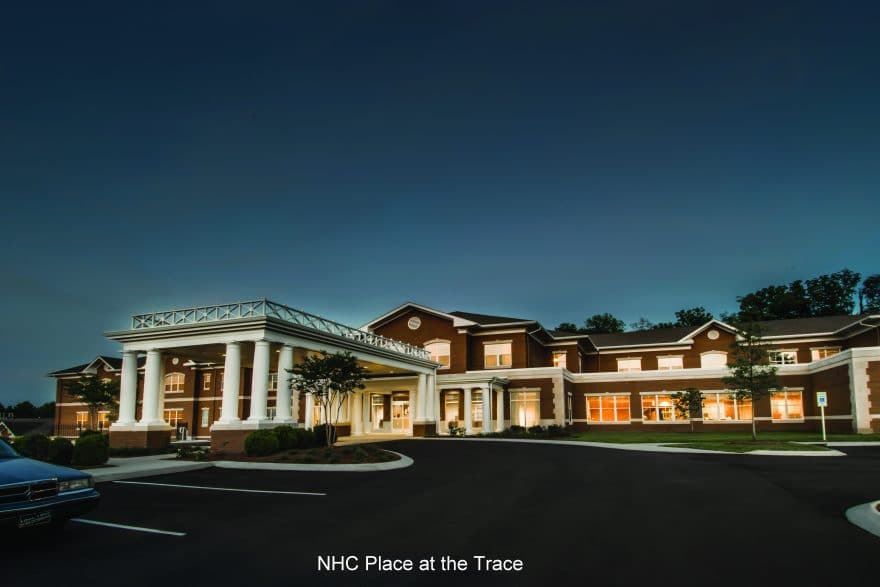 “It takes very special people to do this work, and that’s whom we look to when hiring,” he says.

For Lines and the legal staff, there’s another challenge that can be plenty daunting. The last year saw 14 home office retirements and some redistribution of responsibilities. His duties have grown to include relations with government, investors and the public, and recent years have well-prepared him with much on-the-job training.

The Obama administration brought on numerous changes on the state and federal reimbursement front as well as new regulations, all of which kept Lines and the legal department busy.

Everyone’s watching for what the Trump White House will mean for health care in general and senior care in specific.

The Obama administration brought on numerous changes on the state and federal reimbursement front as well as new regulations, all of which kept Lines and the legal department busy. Lines also manages the company’s credit line with Bank of America, and his input is also necessary when National HealthCare acquires land or proposes new facilities.

Now everyone’s watching for what the Trump White House will mean for health care in general and senior care in specific.

“Reimbursement is always a challenge, and with the new administration, we’re just playing wait and see in what direction they’ll head and how it will impact us,” says Lines.

Whatever the politics, one near-certainty seems an influx of new patients for National HealthCare as demographics portend of aging baby boomers with all the complex and expensive health issues that entails. Lines expects his versatility will continue to be put to test.

“I’m kind of a utility guy in a lot of ways,” says Lines, who has an accounting and finance degree from Purdue University and a law degree from Indiana University-Bloomington. “What I really enjoy is being part of a management team and wearing a lot of different hats; being a lawyer when I need to be a lawyer and being in management when business issues arise. Then two hours later I’ll be talking to an investor on the phone or working on press releases. I’m always telling our CEO Steve Flatt, ‘I appreciate your confidence in giving me new roles.’”

Always on the run

But there’s a very challenging role that Lines didn’t get from his boss: a past board membership at USA Triathlon, the world’s largest multisport organization that sanctions 3,500 races.

Come August, as a member of Team USA, he’ll vie again as an aquabiker at the International Triathlon Union World Championship in Penticton, British Columbia.

With his wife, Maday Lines, a serious marathoner who will be running her second Boston Marathon this April, Lines has a ready and willing training partner.

While Lines can’t promise he’ll win the Canadian event, he can promise that he’ll finish.

After all, “put my heart into everything I do” is Promise No. 4. And rounding out the list of promises is “maintain a positive attitude”—something necessary to any test of endurance, be it in business or sport.